What can you expect to see with your telescope?

by: OZScopes - The Australian Telescope Experts

We often come across a similar question from beginners about what they can expect to see with a certain telescope. After all it is really hard to know just from technical specifications how clearly you can see the moon or the rings of saturn. So to help everyone out we've put together a simple guide showing you what sort of things you can expect to see with different size telescopes.

Bear in mind that the pictures in this guide have been subject to the rigours of post-processing with programs like Adobe Photoshop. Don't be surprised if you find that your own photos aren't comparable, as these ones often go through what we call “photo-stacking”, where the photographer takes several different pictures at different settings, and overlays them above each other for a more “complete” and detailed image.

With telescopes of this aperture size, you'll be able to see the moon and her craters, as well as some of the bigger planets. Although they won't be able to see them in the greatest of detail, you can easily see things like the rings of Saturn, as well as most nebulae. Although they're easily visible, especially at 130mm equivalents, seeing nebulae are very dependent on the light pollution in your area.

See below additional details of the other celestial sky objects you'll be able to see with an aperture size between 90mm (3.5in) to 130mm (5in).

a) Within the Solar System: - structure in sunspots (with an appropriate solar filter)
- the phases of Mercury
- lunar rilles, or the depressions in the Moon's surface
- lunar craters less than 5km in diamater
- Martian polar caps and major dark surface features when Mars rotates (oppositions)
- several additional cloud belts on Jupiter, and in better detail than the 60mm – 70mm aperture range
- the shadows of Jupiter's moons as they revolve around her
- Cassini's division in Saturn's rings on a regular basis, plus four or five of its moons
- Uranus and Neptune are also visible as very small discs

b) Stars: double stars separated by 1.5 arc seconds or more in good seeing, and some faint stars down to magnitude 12 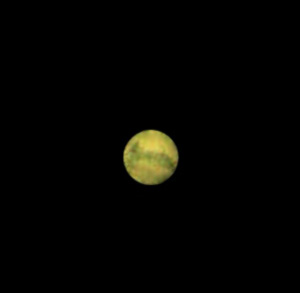 This is an example of Mars as seen through a telescope with a 90mm aperture. As you can see, it's definitely visible, but not at the greatest of detail. 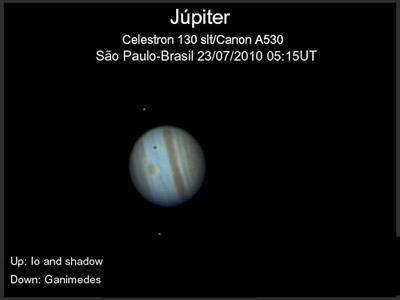 This is Jupiter with a 130mm aperture. Notice the additional colour and detail compared to the picture above, despite Jupiter being further away from us than Mars. That's the power of an increased aperture.

With telescopes like the Celestron Nexstar 6 SE Computerized Cassegrain Telescope, which has a 6 inch aperture size, you'll be able to see things like Jupiter in greater detail. The majority of planets will now seem clearer, with more detail – the craters of the moon are now also starkly apparent.

Planetary details such as texture, surrounding clouds and colour (such as with Mars) are more readily apparent, and as seen in the pictures below, there is a significant difference with seeing the moon through an 8-inch aperture size, and smaller sizes.

Find below more details about the other celestial sky objects you'll be able to view with an aperture setting of this size:

a)Within the Solar System: - lunar domes, rilles, and other lunar features less than 3 km across
- many more dark surface features on Mars, even during less-than-favorable oppositions
- festoons, streamers, and much more detail in Jupiter's cloud belts with good seeing
- subtle cloud belts on Saturn's disk
- many faint comets and brighter asteroids

b) Stars: double stars separated by about 1 arc second in good seeing, and some faint stars down to magnitude 13 or better.

c) Deep Sky Objects: hundreds of star clusters, nebulae, and galaxies (with hints of spiral structure visible in some galaxies). You will also see considerable detail in nebulae and star clusters. 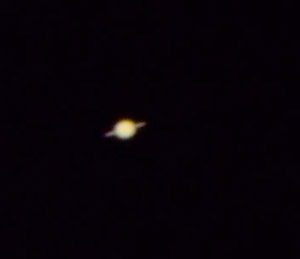 This is Saturn as seen through a Celestron NexStar 130SLT Computerized Telescope with a 130mm aperture. Saturn is quite a distant planet, so compare this with the image you'll see later in the section below, through a telescope with an 8” aperture. 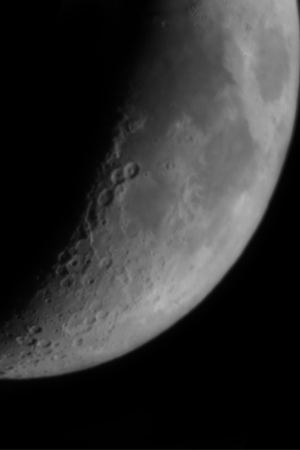 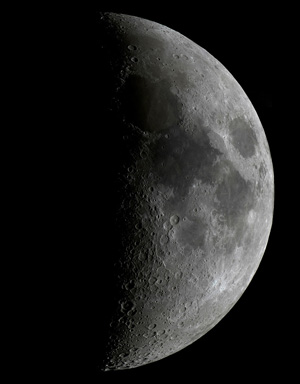 This is the moon as seen through a telescope with a 6 inch aperture. You'll notice the extraordinarily large difference in detail compared to the previous picture, due to the difference in aperture size.

Viewing with an aperture size as large as this will result in images that are even clearer and sharper. The major difference with viewing in telescopes between 8” and 14” aperture lies in viewing quality, as opposed to the photos. You'll find that the photos you will find in this section don't quite do justice to these scopes.

With nebulae, it's quite easy to see the details of even faint nebulae even with light pollution in the atmosphere, simply due to the very large aperture size, and thus an increased ability to capture light.

Find below a more comprehensive list of sky objects you'll be able to see with an aperture of this size:

a)Within the Solar System: - under excellent seeing conditions, all lunar features – even those less than 2km across
- small clouds and significant surface detail on Mars, with moons Deimos and Phobos a rare possibility
- a wealth of detail in Jupiter's clouds and belts
- Enke's division (a gap) in Saturn's rings often visible
- Neptune's moon Triton visible
- Pluto visible as faint star-like point

b) Stars: double stars separated by as little as 0.5 arc seconds in excellent seeing conditions, and faint stars down to magnitude 14.5 and below.

c) Deep Sky Objects: thousands of globular clusters, nebulae, and galaxies, with many showing details that were invisible in smaller telescopes. Also, faint color is now visible in some of the brighter nebulae from a dark sky site,as these telescopes excel in viewing these faint objects at low to medium powers. 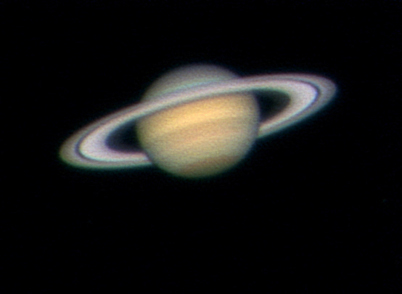 This is Saturn through a telescope with a 14 inch aperture. As mentioned previously, Saturn is quite a distant planet, so compare this the image seen above with a 130mm size aperture, and the clear difference in colour and texture. 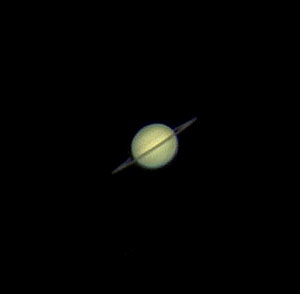 This is an image of Saturn with an 8 inch aperture. You'll notice the difference in detail, but bear in mind that the clarity of this image was due to advanced photo processing. Again, compare this to the image through a 130mm aperture, and observe the difference in quality, and again compared to the 14 inch aperture size image. 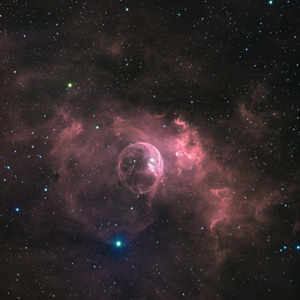 This is the Bubble Nebula through a telescope with a 14 inch aperture. It's a truly stunning image, and this nebula would not otherwise be able to be seen with such vibrancy of colour and clarity were it not for the telescope's large aperture size. 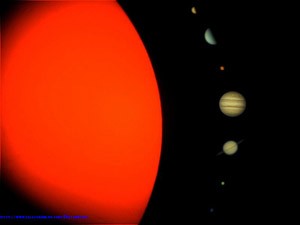 All the planets were caught in this image in one single outing, so we thought it'd be a fitting end to the guide. Post-processed to include all the planets in one frame, this is the power of merely an 8 inch aperture size telescope, the Celestron NexStar 8 SE Computerized Cassegrain Telescope. The better you get at astrophotography, the better your images!

Check out these videos below - from our pal YouTube, you'll be able to see how different scopes with different specifications (and varying atmostpheric conditions) perform!

a) Of The Moon

8" Reflector, most likely with a 30-40x magnification

All images are sourced from Celestron Images and they retain all rights.